Cycleguard: Only 18% of UK cyclists have insurance 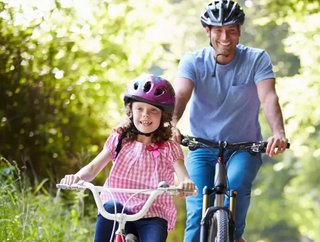 The UK bicycle insurance provider, Cycleguard, which is underwritten by Thistle Insurance, has released the details of its most recent study.

The report reveals while an estimated 12.4 million cyclists will be taking to the UK roads this summer, only 18% of them will be insured.

The rise in cyclists on the roads is mainly due to the travel restrictions as a result of COVID-19. Two-fifths of Britons, (39%) will be taking a staycation holiday within the UK this summer, with 44% planning on taking or hiring bicycles.

The research, which was conducted by Opinium last week, found that of the 12.4 million bikes expected to be on the roads, those cycling will take on average two bikes per trip.

“This is going to be the summer holiday of cycling,” said Alex Bennett, Director of Thistle Insurance, “With the weather finally turning, schools about to break-up and families desperate to get a break there is no doubt we’re about to see far more bikes around and for all the fun and fitness this will, unfortunately, bring with it an increase in damage, accidents, and theft as a result.”

For many, it will be their first time using a bike whilst on staycation. According to the research, 23% of those planning to cycle themselves have not done so on staycation before. This figure increases to 31% of children cycling for the first time and further still for first-time partners (35%).

Despite this marked increase in bikes on the road, holidaymakers are not going to take out any additional or specialist insurance. The research found that almost half (49%) of those on staycation will not take out insurance. This figure rises to almost two-thirds of those aged 55 and over (64%). According to the data, 25% of those planning on cycling will rely on health insurance with less than a fifth (18%) having bike insurance in place.

Bennett concluded, “Given we’re going to see many more cyclists on the road - many of them children and first-time riders, the lack of appropriate insurance is worrying. Many policies might not cover injury, accident, or bike theft so this is something we would urge holidaymakers to reconsider to avoid a potentially expensive and unwanted surprise at the end of their trip.”

The Lake District is expected to see the most amount of cycling staycationers with 15% holidaymakers heading there. This was followed by Wales and Cornwall (both 14%).