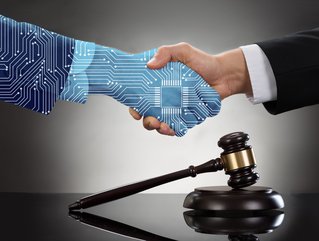 Increasing security and lowering costs, smart contracts are taking the insurance space by storm. But what exactly are they?

Smart contracts for digital insurers are getting a lot of attention these days. As part of the digital transformation revolution, they offer a faster, safer, and less expensive way to provide cover than legacy system offerings.

What is a smart contract?

A smart contract is a blockchain-based insurance contract that pays out when certain, predefined conditions have been met. Having evolved over the past decade, today, smart contracts are transparent and data-driven and are therefore comparable to parametric insurance contracts. Because smart contracts exist in a decentralised space, they are tamper-proof and secure as well as transparent. They can also be settled on the blockchain, with payouts only occurring once certain pre-agreed parameters have been met. Cheaper than traditional contracts, they are third-party free, which lowers administrative costs as well as premiums.

Where are smart contracts useful?

Smart contracts are proving remarkably useful in the parametric insurance space. This is because they provide a simpler, more transparent solution to cover than that which is based on claim variables.

In an environment where risks seem to be more volatile in terms of climate change and health crisis events, the need to create products that provide fast payouts has become a necessity. Parametric insurance has evolved alongside blockchain, and now, leading insurtechs are readily using it for their products and services.

Reask, a climate-risk focussed technology insurtech, for example, provides parametric cover for customers at risk of flood damage. When they take out the cover, a parameter for flood levels is pre-set. If that level is met, payments are automatically triggered, saving the customer from having to make a claim or have the case underwritten.

Breach Insurance is also using the parametric model to provide cover for investors in the crypto space.

Yes. As the rate of cybercrime increases, in direct correlation with vast data gathering by corporate entities with the IoT, the urgency to secure information has increased massively – because when serious breaches happen, they cost a fortune to fix.

For example, the Indiana-based Anthem Insurance suffered a data breach in 2015 that was so serious, it exposed the sensitive medical data of 80 million of its customers. The insurer was forced to pay US$39mn in compensation to several State Attorney Generals following just one lawsuit resulting from the breach. According to reports, the data was leached from Anthem Inc over several months, with the company eventually settling all lawsuits in 2017. The breach cost them a hefty US$115mn.

Back then, blockchain contracts were not the norm; now, smart contracts can provide a safer environment in which to store sensitive information and data on customers and their policies.

Although not completely fortified against breaches (no system can ever be considered 100% crime-proof), blockchain is currently the most secure method in which information can be stored. Generally, blockchain ledgers can’t be manipulated or corrupted: they are encrypted and the data is timestamped, transparently providing a tracked record of actions. The transparency also provides evidence of potential tampering, should attempts arise.

Right now, the technology is still a relative newcomer, and as the insurance industry was initially slow to adopt digital innovations (which were then fast-tracked by the pandemic), smart contracts are yet to become a mainstream option.

According to Sibylle Fischer, Director Strategic Venturing of the Baloise Group, the Swiss insurance group headquartered in Basel, adoption is in its infancy. She writes: “Right now there are very few products available, and smart contracts remain fairly limited in the types of events and contingencies they can address. With sizeable challenges ahead (particularly around data protection, regulation, privacy, and legacy infrastructure), there’s much work to be done for smart contracts to truly scale. However, as blockchain technology continues to evolve and DeFi matures, there is a general understanding within the insurance industry of the massive potential for adoption, growth and expansion in the smart contract space.”

IBM Blockchain: IBM is offering the insurance industry a range of solutions for smart contracts via its initiative, IBM Blockchain. The innovative R&D carried out by the technology giant has already led to insurance groups automating a number of processes, especially within claims and underwriting. The solutions provided by IBM Blockchain have resulted in fewer fraud incidents, faster completion times and increased trust with customers.

Lemonade: Already hailed for its exemplary customer service record, Lemonade – which is based in New York and is one of the fastest-growing insurtechs in the US – currently combines ledger and AI technologies to provide smart contracts to customers seeking homeowner and rental cover. The solution is low cost and efficient, with policy premiums as small as US$5-25 per month. There is a fixed monthly fee, which incorporates a percentage towards potential claims being made. If a claim is made, Lemonade’s blockchain-based contract can immediately clarify loss and ensure payments are released quickly to the customer.

Nationwide Insurance: Despite being a well-established incumbent, Nationwide Insurance, which is based in Ohio, has embraced blockchain technology. The company is partnered with the RiskBlock Alliance and was the first insurer to adopt the blockchain platform for smart contract purposes. Nationwide’s blockchain contracts enable customers to action claims by verifying their losses via law enforcement reports, thereby triggering swift payouts.

Who invented the smart contract?

According to reports, the first smart contract was created by computer scientist, legal expert and cryptographer, Nick Szabo. The creator of his own digital currency known as Bit Gold, Szabo saw the potential of blockchain technology back in 1994. Initially, the concept of converting digital contracts into coded smart contracts was just a theory because in the mid-90s, there were no discernable use cases for them. Today, however, Szabo’s foresight can be admired as something conceptualised quarter of a century ahead of its time.

1. Streamline information exchanges and payments between insurers and reinsurers