The future of investments and trading 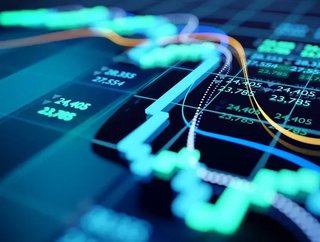 Even before COVID-19 began its global rampage, businesses, investors and traders were exploring new ways to deliver investment...

Even before COVID-19 began its global rampage, businesses, investors and traders were exploring new ways to deliver investment.

Following a slight wobble in 2008/9, global alternative investments began growing at seven times that of traditional asset classes, with a number of crowdfunding sites launched around the same time. Crowdfunding and alternative investment markets have continued to grow, reaching market caps of nearly £800m and £104bn, respectively, by the end of 2019.

Ever since coronavirus reached pandemic status, however, the markets have tumbled. Reduced or stopped trading has obliterated profits for the quarter while government bailouts are all that have been keeping some industries, such as airlines, afloat. Fortunately, activity is expected to rebound quickly, with the anticipated transaction value for crowdfunding in 2021 topping £818m.

How has coronavirus impacted the investment market?

Diversification of markets, investment vehicles and investors is, in general, good for the economy. More people have access to investments leading to a more diversified shareholder base. A diverse shareholder base means more reliable and robust financing ‒ no longer do businesses need to bend to the will of a single large investor or risk a run on their shares.

That being said, the coronavirus lockdown has made everything a bit weird and surreal. Now there are anecdotal reports of a 10-year-old struggling to play Fortnite as half his squad are off day trading on Robinhood.

However, trading platforms, like the crowd-led Robinhood, are creating large markets of unsophisticated investors. These investors are then having the wool pulled over their eyes by less-than-scrupulous CFOs, such as the recent case of Hertz.

The car rental company recently declared bankruptcy due to a rapid fall in revenues, yet then sold $1bn in equity to independent investment bank Jefferies who in-turn began selling it on Robinhood, effectively transferring that money from daytraders to impaired debtors.

This led to a jump of over 100% in Hertz share price after the company declared bankruptcy. That means those shares may end up worth 35 cents on the dollar or even completely worthless, with unsophisticated investors bearing the brunt of the losses.

Where will the future of investments and trading take us?

Clearly, in a world where 10-year-olds are taking long positions on bankrupt stock, some strange bubbles are going to appear. Traditional investment intelligence is struggling to adapt, adding more hot air to the bubbles. So how can traders be confident in their investments?

Our answer at PYNK is to turn to the power of AI and Crowd Wisdom. For some years now, AI has been heralded as the answer to accurate investment analysis. The ability of AI to identify patterns in large data sets makes it good at anticipating future events/movements and at making decisions.

AI has already been used to provide automated insights, alternative datasets, growth opportunities, improve risk performance, generate reports and much more besides. This makes information gathering and analysis much quicker and more accurate, yet it lacks the human element.

That’s why, at PYNK, we combine our AI algorithm with the power of crowd wisdom. The idea behind crowd wisdom came about in 1907 when a statistician named Francis Galton asked people to guess the weight of an ox. Galton found that, while individual guesses varied wildly, the median guess was within 1% of the ox’s actual weight.

Since then, statisticians have been finding ways to minimise participant bias and improve the accuracy of crowd wisdom. We incorporate our learning into our AI algorithm, using machine learning to improve results over time.

The results have been startling. One market we’ve been tracking the longest ‒ Bitcoin ‒ is notoriously unreliable and tempestuous. Yet, using the power of crowd wisdom and AI, our platform anticipated every single major movement!

With that in mind, we decided to survey PYNK members to apply the power of crowd wisdom to broader market categories. Key results of the survey include:

Combining the power of crowd wisdom and AI with the rise of a diversified investor base, it seems clear that the future of trading and investment will be much more globalised, democratised and personal. Individual day traders will end up having access to the same information and marketplaces as large banks and financial institutions, while social media and other digital communications platforms will organise traders into nebulous groups.

Ultimately, it will be these crowds which fund the future.

This article was contributed by Seth Ward, Co-founder of PYNK

Seth Ward is a serial entrepreneur and co-founder of Pynk.io. By leveraging wisdom in crowds together with their proprietary AI ‘Rose’, Pynk can better predict the future, and make smarter investment decisions which empower the whole Pynk community towards a better financial future.

Seth and the Pynk team have grown Pynk to be: ‘Best AI Start-Up’ at the Malta Blockchain Summit; Semi-finalists at WebSummit 2019; a VC-vetted fintech start-up to watch by Business Insider; in the top 2% of 3.5k startups selected to join the Founder Institute’s Elite programme.