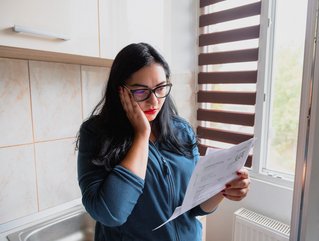 A new study by Premium Credit’s Insurance Index shows that 66% of customers are now using credit to pay for their insurance premiums, with credit cards being the most popular form of payment.

Premium Credit’s Insurance Index tracks insurance buying and how it is paid for. The think tank’s data showed that, found personal finances of insurance customers are stretched thinner than ever before, with almost one in ten (9%) using personal loans while 7% have borrowed from friends or family.

Inflation and cost of living impacting on insurance customers

The data suggests that as incomes are squeezed ever more tightly by the rising cost of living and the rise in inflation, customers are struggling to find enough disposable income to provide for their insurance cover.

The study revealed that 34% of customers who use credit to finance one or more insurance policy,

had borrowed more than they had in the previous 12 months for this purpose. Just a year ago, the number of customers paying for their policies by credit was one in four.

However, when Premium Credit’s Insurance Index last reported in October 2021, the data shows the number of people using some form of credit to pay for one or more insurance policy dropped slightly from 69% to 66% over the same period.

Rising premiums have escalated the use of credit among insurance customers

Experts say the driving reason for increased borrowing as identified by the research among customers who use credit to buy insurance, is the rising cost of insurance premiums. An estimated 27% said increases in the price of cover had increased their need to borrow more.

Approximately one in four (23%) also stated that they borrowed more because credit is cheaper. The same number of customers blamed boosted borrowing on a fall in their disposable income and also because they had lost their jobs.

The study also revealed that a number of customers have opted to cancel policies because they can no longer afford cover.  An estimated 3% have cancelled their buildings insurance while 3% have cancelled contents cover.

A further 5% who used credit to pay for one or more insurance policy admitted they had defaulted on repayments since 2021 and  the same number predict they will miss repayments in the year ahead.

He added, “Premium finance has become a very cost-competitive means for consumers to buy insurance and better manage their finances through spreading payments. At a time when household finances are under pressure it can be a good alternative to other forms of credit.”