Ever Given cargo vessel that ran aground Tuesday has generated millions of dollars in claims for delays and salvage operation costs...

Shoei Kisen KK, the Japanese firm that owns the stricken Ever Given tanker blocking the Suez Canal, could be liable for millions of dollars of insurance claims due to mounting costs caused by the crisis.

On-site news of the salvage operation show that despite efforts to dredge underwater silt and sandbanks and an army of tug boats, the 1,312 foot long cargo ship remains aground at both ends. The financial fallout from the disaster is spiralling as high as £9.5bn per day, reports suggest.

The Ever Given is currently being operated by the Taiwanese company Evergreen Marine and is beached across the southern entrance of the canal. The event is stopping other container ships from passing through the famous waterway - which is one of the world's busiest shipping lanes.

A crack salvage team from the Netherlands has now been contracted to join the operation following failures to move the cargo ship.

The operation will be led by Smit Salvage, a subsidiary of the Dutch marine services company, Boskalis, and the company has sent a team of 10 experts to the site.

The canal blockage occurred on Tuesday when the 224,000 ton vessel hit sandbanks. The Ever Given is said to be insured in the Japanese market for $137.7m against hull and machinery damage.

The cost of the salvage operation is being borne by the hull and machinery insurer. According to Reuters, a statement released by the UK P&I Club - the protection and indemnity insurer for the Ever Given, confirmed its connection to the stricken Japanese vessel, but declined to comment on any other details.

The UK P&I Club is one of the oldest shipping brokers in the world. It provides P&I insurance in respect of third party liabilities and expenses, arising from owning ships or operating ships as principals.

But, the most expensive fallout from the crisis by far will be the delivery delays caused by the incident.

Cargo owners, whose perishable goods are stuck on the ship, along with claims for missed delivery deadlines from other ships that are halted due to the incident, are swiftly mounting.

Many vessels are being rerouted around South Africa’s Cape of Good Hope. However, this detour adds an extra 6,000 miles to the European shipping route and increases fuel costs by $300,000 per supertanker.

Rahul Khanna, global head of marine risk consulting at Allianz Global Corporate & Specialty (AGCS), also told press there could be claims made for damage to the canal. 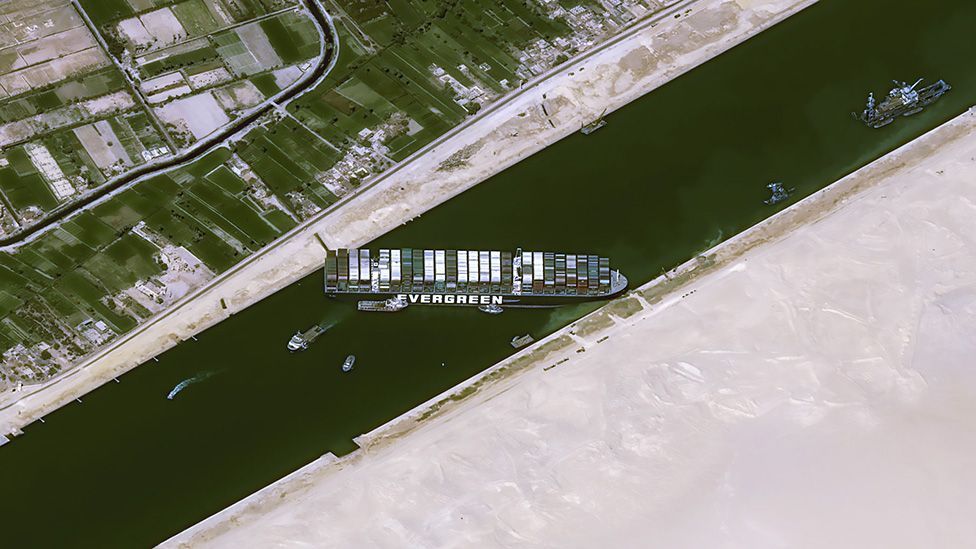 Reports show that containerised goods make up an estimated 26% of the canal's daily traffic. 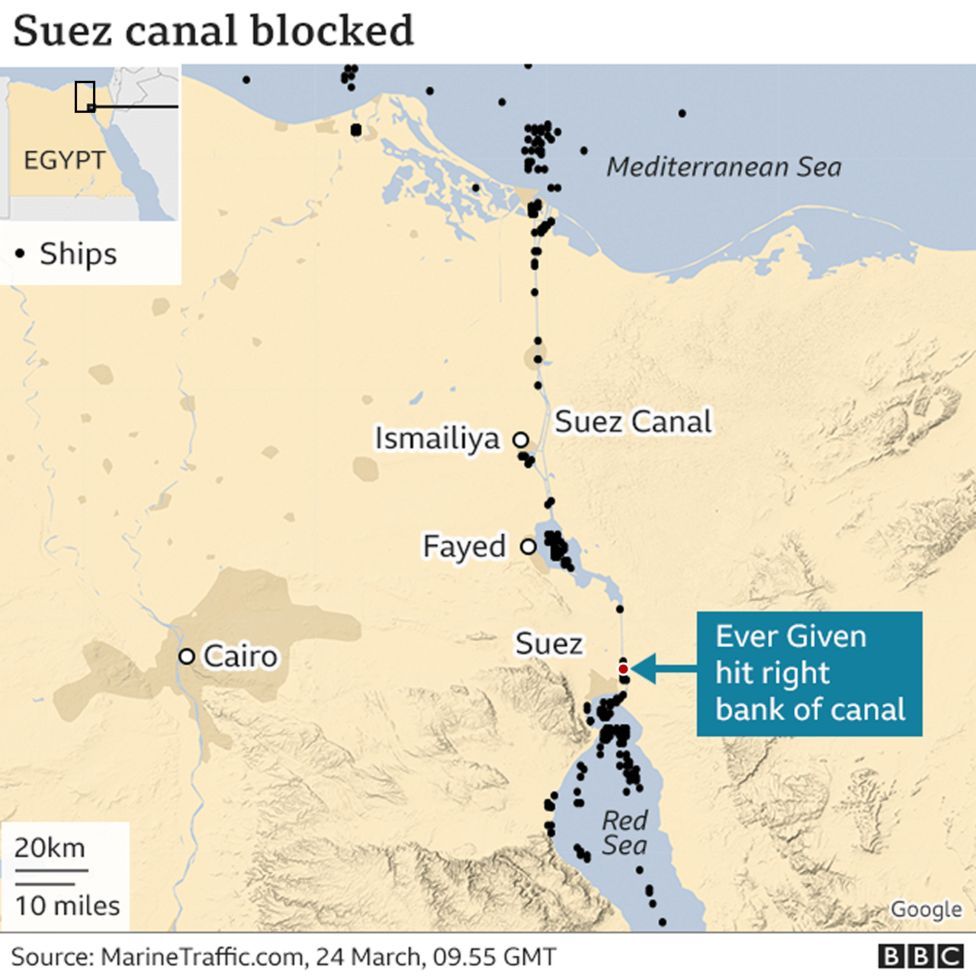 The disaster is the first of its kind to hit the troubled waterway, which has, throughout its history, been a source of international conflict. Marcus Baker, global head of marine and cargo at Marsh, the global professional services firm that specialises in insurance brokerage and risk management, explained, “If you have a constant build-up of ships, there are massive supply chain issues.”

One shipping lawyer, who declined to be named, described the events as “Potentially the world’s biggest ever container ship disaster without a ship going bang."

Shoei Kisen KK and Evergreen Marine have have so far been unavailable for comment.