Automation experts: The future of Insurtech? 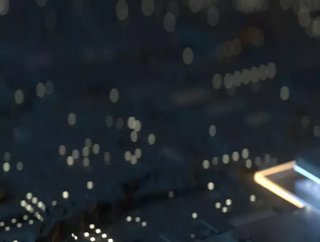 We spoke to Steven Darrah, CEO of Fuelled, and Chris Reed from Protect Line about the cutting-edge technology in insurtech today

The adoption of the latest artificial intelligence (AI), robotic process automation (RPA) and machine learning (ML) technologies is reshaping the insurtech industry. Not only is it resulting in company restructure and the transformation of legacy systems, it is also breeding a new generation of insurtech providers.

Automation adoption seems to have exploded in recent months. Why is this?

Steven Darrah: It’s quite easy to point the finger at COVID as a catalyst for greater adoption of automation over the last two years, but it’s a finger well pointed. As a broker, we’ve seen just how bad insurers have reacted to the crisis. Service levels have dropped dramatically, communication is almost non-existent and the market has hardened in anticipation of big losses across multiple lines. That, plus several other factors, have increased the demand for automation.

Chris Reed: Modern consumers are increasingly showing a desire to interact more online. Digital customers offer companies an opportunity to reduce or eradicate old manual processes. Parts of the insurance industry have been slow to keep up with consumer trends, but the worldwide pandemic has forced a lot of hands. We’re also seeing more competition in the automation space, which helps to drive costs down.

In your experience, which automation technologies are proving most popular?

Steven Darrah: The area supported the most in terms of investment is certainly parametric insurance. This year we saw the first UK insurtech unicorn, with 3-4 new US insurtech unicorns also establishing in the global market. We are seeing that personal lines insurance is the best supported in terms of investment, but at Fuelled we’re hoping to bring our first commercial product to the market later in the year.

Chris Reed: Automated underwriting has come a long way in the last 10 years. It drastically cuts down waiting time for customer agents and reduces manual paperwork and calls.

Automated communication software can help ensure customers get the right information at the right time. This is a real growth area in the insurance space. It’s great to see more and more companies focusing on giving customers more value rather than taking a “sell, sell, sell” approach.

Speech Analytic technologies are gaining traction in the UK. This tech is very flexible. In the regulated insurance space, it can be used to gain automated oversight of business quality and adherence to processes. It also helps to proactively coach agents live in the moment.

Replacing legacy systems can be challenging. What are the main issues insurance companies face as they transition to automated technologies?

Steven Darrah: The biggest challenge insurers will likely face is in relation to staffing & employment. As automation starts to see wider adoption insurers will need to repurpose existing staff or hire for completely new positions. It wouldn’t be a surprise to see insurers favour data engineers over underwriters in the near future.

Chris Reed: Many insurance companies work from a collection of antiquated systems often adopted from years of mergers and acquisitions. Transitioning from these systems to anything new is often challenging both operationally and commercially. The insurance space is also tightly regulated in the UK. The regulation is there to protect customers, and rightly so. It can however create uneasiness in organisations looking to modernise and change.

Typically, there will be a fair amount of red tape internally when looking to replace manual human processes which can often be viewed as safer than automation. In the end this view is typically defunct but people tend to feel safer when they can see what is going on.

The transition requires a lot of investment, but does automation make insurance companies more profitable in the long term?

Steven Darrah: Absolutely. Disintermediation of insurance is a trend that has slowly been building momentum for a while. Most associate disintermediation to be the removal of brokers from the value chain, but even trimming underwriting departments can be seen removing the middle-person nowadays. With the rise of new technologies, it’s easier than ever to increase profitability – it’s just taken the insurance industry a little longer than most to come around to the idea!

Chris Reed: In 2021 even some simple and cheap automation can replace processes that used to be completed by humans. Often this can release human hands to complete more effective tasks that would be harder to give to a computer. In some organisations, however, the desire for automation will be to reduce overheads. Keeping overheads down and profitability up is a larger factor for businesses than ever before.

What effect has automation had on the culture of companies in terms of employees?

Steven Darrah: I wouldn’t say that automation in particular has caused culture to shift within insurance, but working from home has put more pressure on insurers to try and make staff feel valued whilst offering greater working flexibility.

Chris Reed: Automation should never be seen as the enemy, as long as business leaders work in a collaborative nature with staff. If colleagues feel that automation is forced upon them or they fear losing their job, they’re less likely to help with its installation. Engaging in a constructive and collaborative way with staff can even help to enhance the automation.

The target of automation should never be simply replacing humans as often we do things in a certain way because of how humans have to work. For instance, humans don’t like to work 24/7 or process large amounts of data in a small amount of time. Working with the optimum result in mind can result in a totally revolutionised process flow that often benefits both customers and the business.

When companies get this approach right, it can enhance the culture. Humans can engage in more interesting, less repetitive tasks.

Has the adoption of these technologies been high? And is the market close to saturation yet?

Steven Darrah: Whilst there have been several large news stories about automation in insurance, I don’t believe the ratio to be that high at all. There is still loads of room for new companies to hit the market with automated offerings.

Chris Reed: Technology adoption in the insurance space is often slow and considered. Financial Services are typically high turnover but low profit margin businesses. These factors combined with internal and external regulation can reduce the rate of change. COVID-19 has stimulated more out of the box thinking even from the slowest moving organisations. There seems to now be a wider acceptance that the future in this industry is digital.

Chris Reed is the Senior Financial Service & Marketing Leader at one of the UK’s leading life insurance companies, Protect Line