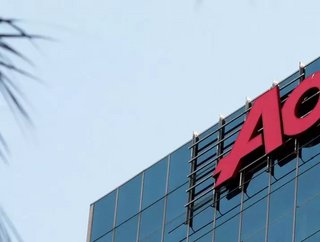 Insurance brokers Aon and Willis Towers Watson have agreed to end the US$30bn merger, terminating their litigation with the U.S. Department of Justice

Insurance brokers Aon and Willis Towers Watson have decided to terminate a US$30bn merger agreement following an announcement made today. The move will also end their litigation with the U.S. Department of Justice.

In a statement, Greg Case, CEO of Aon, said that the company will pay a US$1bn termination fee to Willis Towers Watson. He added that “Despite regulatory momentum around the world, including the recent approval of our combination by the European Commission, we reached an impasse with the U.S. Department of Justice.

"The DOJ position overlooks that our complementary businesses operate across broad, competitive areas of the economy. We are confident that the combination would have accelerated our shared ability to innovate on behalf of clients, but the inability to secure an expedited resolution of the litigation brought us to this point."

Case added: "Over the last 16 months, our colleagues have turned potential challenges into opportunities to advance our Aon United strategy. We built on our track record of innovation, continued to deliver industry-leading performance and progress against our key financial metrics and move forward with the strongest colleague engagement and client feedback scores in over a decade. Our respect for Willis Towers Watson and the team members we've come to know through this process has only grown."

The U.S. Department of Justice attempted to prevent the merger earlier in June by filing a lawsuit. It argued that the agreement would “harm competition in reinsurance broking, retirement, and pension planning, and private retiree multicarrier healthcare exchanges.”

Both companies disagreed with the Justice Department’s action, saying that it “reflects a lack of misunderstanding for our business, the clients we serve, and the marketplaces in which we operate.”

The lawsuit was later reduced by a federal judge after the two companies agreed to take divestitures in an attempt to seek approval in both the U.S. and Europe. Included in the divestitures were Aon’s U.S retiree healthcare exchange, U.S retirement unit, and retirement business. It also involved Willis Tower Watson’s global reinsurance business. Before being scrapped, the merger had been approved by EU antitrust regulators.

The U.S Department of Justice described the divestitures as “insufficient.” If the deal had been successfully closed, it would have placed Aon ahead of Marsh & McLennan Cos Inc, the world’s largest insurance broker.

According to a survey by Business Insurance magazine, Aon is currently ranked as the second-largest commercial insurance broker in the U.S. market with Willis three places behind in fifth.