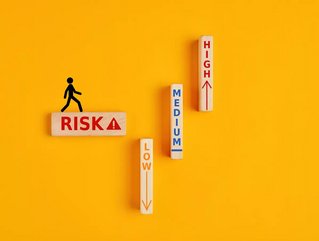 Back in the good old days of incumbent monopoly, insurance underwriters were a revered breed. Their knowledge of specific industries like marine, agriculture, and health, meant their calculations regarding potential risk, were the difference between claims being paid or not.

Today, technology is transforming the space. Artificial intelligence (AI) robotic innovations, satellite observation recording imagery and mapping potential risk in real-time as a situation unfolds. And finally, it is the customer who is reaping the benefits.

When the Ever Given tanker banked itself in the Suez Canal in 2021, it wasn't the images sent by those on the ground that resulted in accurate disaster forecasting. Satellite images beamed from a specially designed platform in real time, were the most valuable assets insurers had on creating crisis and claims predictions. The same technology was used in the tragic harbour explosion in Beirut - and more recently, for the volcanic event on the Island of Palma.

Guy Attar, Chief Business Officer and Co-Founder at GeoX says Earth observation is being used in a variety of ways to calculate risk in terms of crisis insurance and agricultural insurance. He explains, “The value earth observation can add to an insurer’s offering really cannot be overstated in today’s turbulent world of evolving risks. Think about this year so far alone: in the US, there have already been 18 weather or climate-related disaster events with losses exceeding $1bn each.”

Attar says these catastrophes result in countless claims, in what was traditionally a slow and frustrating process. Assessing extreme damage in person is difficult and often dangerous, and that was before the COVID-19 pandemic stunted physical assessments in a new way.

“Technology-enabling earth observation, such as modern sensors (cameras) and AI analytics of images, is truly the way forward in calculating risk: not only during moments of crisis but also before they occur.”

He believes that suddenly triggered disasters are now too unpredictable and frequent for traditional, retroactive action taken by companies, and customers would greatly benefit from the knowledge of potential risks ahead of time.

Attar uses the example of up-to-date, 3D imaging of a property where insurers could warn customers of possible risks in advance. This, he points out, would allow the customer to avoid the risk, or at least prepare for and mitigate the damage the risk could cause.

“I would definitely predict the growth of this preventive or predictive coverage being introduced as a service by insurers. Although it would require high investment by the insurer to avoid damages, such investment pays out in the long term as insurers eventually avoid paying out large amounts of money for losses when risks are realised.”

Aside from satellites, insurance companies are also investing in the latest robotics and drone technology to provide data that was previously unavailable. Use cases for drones particularly, expand almost daily. They are used to collect data on agriculture, buildings, property boundary inspections, and reactor buildings in nuclear power stations.

Recently, Farmers Insurance partnered with Boston Dynamics to use the company’s robot dog to venture into areas considered unsafe for human beings. The device is armed with 350-degree cameras that capture imagery and vital data.

Attar believes that so far, the industry has only explored the tip of the iceberg in terms of just how much technology can enhance the underwriting process.

“Drone footage is an important way to gather information about properties, and these technologies are growing more agile and intelligent all the time. After a disaster has happened, assessors from public bodies or private firms shouldn't have to risk their safety to assess a property’s damage when technology is available to remotely (and more accurately) evaluate the property for claims purposes.”

However, ironing out practical issues will extend the use cases further. Attar says drone technology will have to improve in its ability to capture imagery of large areas, adding longer battery life and improved flight safety, especially overpopulated cities, so flight regulation in the future will allow long flight plans without eyesight from pilots.

“Currently the main aerial capturing method for covering complete metropolitans and cities is by using manned aircrafts or satellites, while drones are used for small and on-demand aerial coverage due to their limitations. This is why the majority of imagery used by GeoX is aerial imagery captured by fixed-wing aircraft, which fly in low altitudes and provide high-resolution images with wide geographical coverage.”

In areas where technology is not fully embedded, the difficulty in assessing insurance risk is amplified. Companies face numerous challenges in accessing vital data - but new innovations look set to change all that too.

Patrick Mottram, senior director of risk, analytics, and insurance at Precisely, explains, “As the climate crisis worsens, major weather-related events account for billions of dollars worth of claims every year. By assessing historical weather patterns and their subsequent damage, insurance companies can predict the likelihood of impending weather events with a high level of accuracy.”

This enriched data, he says, can, in turn, help insurers understand the relative damage caused by weather-related events such as tornadoes, floods, hailstorms, and other severe events in specific areas.

“For example, in 2017 California had one of the worst years on record for wildfires and the damaging effects were extensive. Following the event, we sampled 100 properties, which resulted in over $100mn worth of claims. Based on our analysis, merely 3% of those properties had previously been identified as being at high risk from wildfires. In reality, between half and three-quarters of those properties would have been identified as high risk if the insurer had used accurate location data.”

The future of risk assessment

In such a fast-paced environment, change occurs almost daily. The insurance industry hasn’t always been open to change though and is often considered a slow mover when it comes to adopting new systems and technologies.

Attar says times are swiftly changing and only those open to innovation will succeed. “The insurance industry, particularly the property and casualty sector, has been slow to innovate when it comes to new technology.”

He continues, “Companies still rely on paper-based methods, slow-moving systems, and inefficient assessment methods, and this holds up what could be a much smoother process for both the insurer and their client. But if insurers think outside the box, embracing opportunities to use AI and earth observation tech, they save themselves time and money.”

Ultimately, it's about embracing the opportunities that seem to present themselves daily. Insurers who are cornering new sections of the market today are those who effectively use data technologies for risk management, says Attar.

Mottram agrees. He says data is the lifeblood of the insurance industry, and as better ways of gathering it present themselves, companies must keep up. “By improving data integrity, companies can increase profitability by, not only improving the accuracy and consistency of data but also adding context to the data used by the business for strategic decision making.”

He adds, “By focusing on the four pillars of data integrity – data integration, data quality, location intelligence, and data enrichment, insurance companies can optimise the capabilities of data in their risk assessments.”

The COVID-19 pandemic brought to light a severe need for remote technology in the risk assessment space. For example, after the 2020 Mississippi Easter Sunday earthquake, disaster management teams could not safely access sites to assess the damage while adhering to the critical social distancing measures in place at the time.

GeoX worked with FEMA in this period, using AI analytics to facilitate fast damage detection from aerial imagery. This enabled the quick allocation of resources for disaster management teams, re-building projects, and claims organisations. Putting this into the context of COVID-19, aerial imagery collection and a remotely operated AI product was really the only safe way to go about this kind of management, something FEMA recognised.