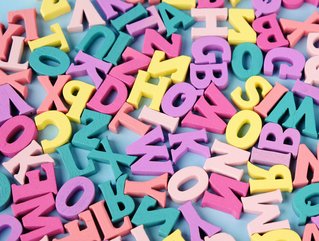 The insurance industry is full of confusing terms and phrases. That's why we've compiled a handy, jargon-busting glossary of the most commonly used.

Insurance is an industry that is full of jargon. For the uninitiated, it can be difficult to distinguish your ACV from your FNOL. That’s why we’ve compiled a handy list of insurance’s 50 most common (and most confusing) buzzwords, expressions and turns of phrase. Everything from actuary to vis major, brokerage to underwriting.

Accrue – an accrual, or something that accrues, accumulates over time.

Actual cash value (ACV) – the value of insured property at the moment it is lost, as opposed to replacement cost (RC), which is the cost of replacing something old-for-new.

Actuary – a person who calculates risk and probability on behalf of an insurer.

Adjuster – a person who, on behalf of an insurer, investigates the circumstances around a claim and advises how much should be paid out.

Auto insurance – insurance for a vehicle. Depending on the policy, auto insurance can cover damage, loss and personal injury for your vehicle and other vehicles you have an accident with.

Appraisal – the process where insured property is assessed for its value, or the value of any damage, at the time of loss.

Assurance – cover for an event that will definitely happen, like death. This is different to insurance, which is cover for something that may or may not happen.

Asset – any item you own which can be insured, like vehicles or properties.

Bond – a written agreement to repay debt, including the length of time and the amount of interest to be paid.

Broker – a type of financial adviser who recommends insurance products to clients and arranges cover with an insurer.

Claim – a request for compensation made by a policyholder to their insurer when they have suffered loss or damage.

Co-insurance – an arrangement where an insurance policy is shared by multiple insurers.

Commercial insurance – a line of insurance that covers businesses and organisations against unexpected loss.

Contents insurance – a line of insurance that covers consumers when their personal belongings are lost, stolen or damaged.

Cover – the extent to which you’re insured for something as part of your policy.

Deductible – a fee that a policyholder agrees to pay before the insurer pays out for a claim.

Depreciation – a reduction in the value of an item over time, for example due to wear and tear.

Endorsement – an amendment to an insurance policy that extends, removes or changes the nature of the insurance coverage.

Excess – the portion of a claim that a policyholder agrees to pay; the insurer will pay the rest of the claim above the value of the excess.

First notice of loss (FNOL) – the moment at which a policyholder informs their insurer that they have cause to make a claim.

Hazard – a factor that increases the chance of loss arising. For example, a staircase without a handrail may increase the risk of a personal injury claim, so the lack of a handrail would be a hazard for an insurer.

Health insurance – a line of insurance that insures consumers in the event that they need medication or medical treatment.

Holiday insurance – a line of insurance that insures holidaymakers and travellers against loss, disruption, injury or unforeseen expenses arising from their journey.

Indemnity – the act of compensating somebody else for damage or loss that you cause them.

Insurance – a financial product that covers you against possible loss or damage in return for regular payments called premiums.

Insurtech – a company that provides a technological innovation for the insurance industry. This could involve back-end architecture or a front-end application that consumers can use.

Liability – a line of insurance that covers a policyholder for the cost of compensation arising from their own negligence or error.

Life insurance – a line of insurance that pays a policyholder’s family an agreed sum if they die before the policy expires.

Maturity – when a policy reaches a time limit agreed when it was first taken out.

Mitigation – the process of taking steps to reduce the chance of loss or damage arising.

Moratorium – a temporary suspension of insurance cover in relation to a specific risk.

Mutual – an insurance company that is fully owned by its customers.

Negligence – failure to take proper care when undertaking an activity, which then causes loss or damage to arise.

P&C insurance – a line of insurance that covers property and casualty.

Peril – a cause of damage or injury such as fire, flood or storm.

Pet insurance – a line of insurance that covers the policyholder in the event that their pet requires medication, vaccination or surgery.

Premium – the amount of money paid by a policyholder to an insurer in return for cover.

Reinsurance – the process where insurers buy insurance for themselves, from reinsurance companies, to cover against the possibility of large losses.

Reserves – an amount of money set aside by insurers for unexpected expenses.

Subrogation – a process where the insurer, acting on behalf of a policyholder who has suffered loss, pursues a third-party who has caused that loss for compensation.

Surety – someone that takes responsibility for another person’s debt or obligations.

Third party – in relation to auto insurance in particular, a person involved in a claim who is neither the policyholder nor the insurer.

Underinsured – a situation where a policyholder is insured for less than the value at risk.

Underwriter – a person who assesses risk on behalf of an insurer and assumes that risk in return for a fee.

Uninsurable – an event or situation which is not covered by any insurance policy because it is either inevitable, unstoppable or unlawful.

Vis major – otherwise known as an ‘act of God’ or ‘force majeure’, an event which could not have been foreseen or prevented such as an earthquake or volcanic eruption. 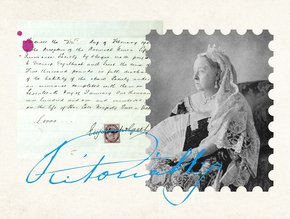 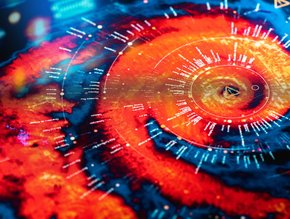