Digital Insurance and the History of the IoT 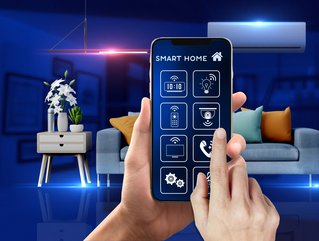 As the insurance industry becomes increasingly reliant on new data sources, we look at the development of the IoT and plot its growth through the decades

The IoT (Internet of Things) has become an integral part of our lives. As the insurance industry ramps up its digital adoption, new technologies are powering the industry through billions of IoT data points that provide critical information and are transforming the traditional systems as we know them. Streamlined claims processing, AI-driven underwriting and risk assessment technologies have all resulted in a rebirth for insurance as we know it.

The dawn of the ‘internet of things’

The Internet of Things, as a concept, wasn’t officially named yet, but one of the first examples is from the early 1980s and was a Coca Cola machine.

Local programmers would connect through the Internet to the refrigerated appliance, checking to see if there was a drink available and if it was cold, before making the trip to purchase one.

In 2002-2003, Walmart and the US Department of Defense were the first large organisations to embrace Ashton’s model of tracking inventory using tagging, RFID, and the Internet of Things.

The Industrial Internet of Things (IIoT)

The IIoT came into being with several large companies developing their own systems. GE is given credit for creating the term ‘Industrial Internet of Things’ in 2012.

The Internet of Things becomes a part of life

Copy: By the year 2013, the IoT had become a system using multiple technologies, ranging from the Internet to wireless communication, and from micro-electromechanical systems (MEMS) to embedded systems.

Smartphones are part of the IoT, and have become an important communications tool for many individuals. In 2015, they joined the IoT with a high degree of enthusiasm from marketers.