Regtech is on the cusp of a data analytics boom 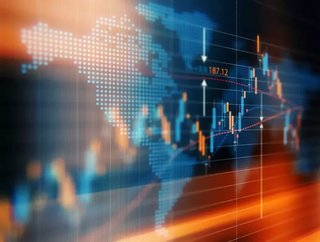 Executives from two innovative regtechs, AutoRek and Silent Eight, help us understand why data analytics could be a key FSI focus for the next decade...

In 2006, British entrepreneur and mathematician Clive Humby OBE famously coined the phrase “data is the new oil.” It was a prophetic insight that became a cliché and nowadays sounds more like a truism. Yet this sometimes neglects that without analytics platforms data often has no inherent value, something which only becomes more apparent as its enterprise volume swells in the wake of broad spectrum digital transformation.

Making sense of these disparate data streams and leveraging them to inform decision-making has become the ultimate objective. Furthermore, as finance and insurance enter the exciting but relatively uncharted realms of digital regulation, regtech’s position as a core ally in the new normal becomes apparent.

The state of analytics in modern regtech

Although it would be reductive to suggest that insurance’s regulation-analytics boom originated from any one source, there is an argument that the 2008 financial crisis and the far-reaching changes it brought to financial services was a critical moment. This is certainly the opinion of Piers Williams, Head of Insurance at AutoRek, “Since 2008, there has been a significant number of new regulations and companies (regtechs) springing up to meet demand. Fintech, insurtech and regtech are closely interconnected; startup leaders know that regulations are here to stay.” Indeed they aren’t, and the situation in some countries, such as the UK in the aftermath of Brexit, is only becoming more complex.

“Regtech is redefining the future for financial services. New digitisation technologies are changing the way risk management and regulatory compliance requirements are addressed and delivered. However for this to happen, collaboration across a number of actors is crucial, particularly across the banks, the regulators, the regtech firms, and the large consultancies." - Subas Roy, Partner, Regtech, Digital Risk & Compliance, in Oliver Wyman’s article ‘Regtech on the rise: Transforming compliance into a competitive advantage’

Williams suggests that the accelerated interest in analytics has brought it close to maturation. Certainly, with big name institutions like Munich Re, Allianz, and HSBC starting to take an active interest in regtech, there has been a distinct boost in investment over the last 12 months. John O'Neill, SVP of Sales at Silent Eight, on the other hand, considers analytics to still be at its nascent stages overall. “When Silent Eight speaks with global banks, their in-house teams generally have analytics tech at least partially figured out. However, when I talk to everyone else, meaning most mid-sized or community banks in the US, that's frequently not the case. Those teams are still figuring out what to prioritise and what data they'll need for their objectives.” O’Neill adds that the market potential is comparable to corporate social media uptake 15 years ago: early adopters will gain a significant advantage over latecomers. As such, he reasons, the proceeding decade will likely yield the first genuine indications of analytics’ maturity.

Regardless of how developed analytics capabilities are, both Williams and O’Neill agree that regtech’s role as a cultural driving force is non-negotiable. “Digital is the new normal,” states Williams, “and companies need to move beyond relying on manual programmes like Microsoft Excel. There’s nothing wrong with it, but that technology is almost 35 years old.” However, as with most new innovations, the challenge facing regtechs is a lack of established vendors to promote analytics’ value proposition. “Vendors need to do what they do best: spend hundreds of millions of dollars in order to both educate the market on the problems and the solutions, and also codify the language we use to communicate about it,” says O’Neill.

When the EU’s GDPR (General Data Protection Regulation) legislation came into effect in 2018, along with global variants such as China’s Cybersecurity Law and Australia’s Privacy Amendment Act, the value of data-driven regulatory compliance was put into sharp focus. In EY’s article ‘GDPR compliance: how data analytics can help’, the company advocates forensic data analysis (FDA) to stay compliant even during periods of uncertainty: “[B]y querying and analysing structured and unstructured data, FDA helps companies identify patterns of data, or information deduced from multiple data sources, that deserve closer attention for risk control purposes such as compliance monitoring. Advanced FDA technologies can enable companies to scan the entire relevant data set, instead of having to rely on sampling that may not always give you the complete information.”

Silent Eight’s multi-year collaboration with HSBC achieves this same goal by combining natural language processing (NLP) with artificial intelligence (AI). Its solution is capable of scanning petabytes of data quickly and with the same skill and logic of a fully trained human analyst, with the added bonus of greater overall precision. This partnership fulfills HSBC’s concurrent commitments to compliance and digital transformation, and should serve as inspiration for FSIs considering their own situation. Although this could mean shifting key functions towards automation, which some larger insurers in particular are reluctant to do, the advantages in terms of speed, reliability, and cost saving are compelling.

More data from every stage of an insurance policy’s lifecycle, for instance, unlocks valuable opportunities for product improvement and enriching the customer experience (CX) when combined with analytics. Norman Black, EMEA Insurance Solutions Director at SAS, summarised these benefits in four broad categories:

As Williams observes, “COVID-19 has forced peoples’ hands into accepting digital,” and that means regtech’s moment has arrived. This message appears to have been received by the UK government: AutoRek was selected for its Department of International Trade (DIT) business showcase in the US, which took place in late February 2021. Particularly noteworthy was the event’s conflation of ‘financial services innovation’ with the ‘regtech revolution’. Quality data management may be an expensive upfront investment that requires several iterations before it fits an organisation adequately, but it cannot be overlooked. “The investment cost is pretty minimal compared to the consequences if regulations and compliance become an issue,” declares Williams.

Today represents a host of exciting new possibilities for regtech, agrees O’Neill, and early pioneers stand to gain a significant advantage. “2021 could be the year that the majority of financial institutions finally make plans to create a real data lake, if they haven't already,” he adds. Combined with a heterogeneous data management environment (an automated system that integrates disparate sources of information into a unified interface), companies stand a chance of finally extracting the maximum value from their data. “Early pioneers will see tremendous advantages: revolutionary reductions in risk and fraud, full utilisation of AI, and enabling a generation of tools that the rest of us are still only dreaming about.” We’re living at a time that O’Neill hopes will galvanise the industry into recognising the value of regtech and analytics: “Regtech is an enormously exciting space to be in right now. I was right in the heart of the action during the ‘Dot-com boom’ in the late 90s; this wave of innovation has the same sense of excitement to it, the same sense of possibility.” 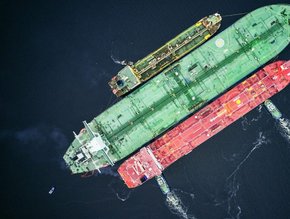