Why insurtech innovation requires no fear of falling 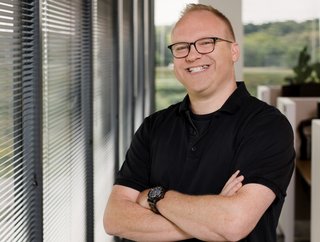 When it comes to recreational activities for insurtech executives, skateboarding doesn’t leap to mind. But today’s senior executives were kids in skating’s heyday—from the mid-70s through the 90s. So it’s not surprising that some of them spent their after-school hours and vacations practicing kickflips and ollies.

One of them is Chris Martin. He still applies some of the (often painful!) lessons that he learned skating to encourage innovation at Milliman IntelliScript, where he is now a Principal and Managing Director. He shares some of those surprising lessons with us here.

Did you have certain skating heroes? What attracted you to them?

Absolutely. Rodney Mullen was and continues to be my all-time favorite athlete. He was by far the most inventive skater in the sport’s first heyday, in the 1980s.

Mullen dominated freestyle skateboarding, where tricks are performed on flat ground. He’s credited with inventing something like 270 tricks, including a lot of foundational tricks that other pros built upon. But in the early 90s, the whole sport’s focus changed to street style, where skaters used features of the urban landscape like stairs and railings in their tricks. That’s the kind of skating I did.

Mullen could have retired, but instead he reinvented himself. After a few years, he had also elevated street skating. By adapting the deep well of tricks he had developed in freestyle, he invented a whole new set of unique tricks.

Similarly, we have had to reinvent Milliman IntelliScript—the Affordable Care Act rendered our original business model obsolete with the stroke of a pen—so we pivoted from health insurance to life insurance. It wasn’t an easy transition, but eventually we helped to redefine that sector.

Are there any particular lessons you learned back then that are still relevant in your current role?

One thing about skateboarding is that there’s no embarrassment or shame in falling. Everybody knows it’s just a part of learning. In fact, falling is even sometimes revered in skateboarding videos.

I've taken that attitude with me into business. It's OK for something not to work; if it doesn't, you move on to the next thing. That creates an innovative business culture where the attitude is, we're gonna figure this out. And if it is not wildly successful, no big deal; we’ll move on to the next thing. And there’s another benefit in insurtech, where talent acquisition is mission critical. The attitude that it’s OK to fall as long as you pick yourself right back up is very attractive to innovators.

During the pandemic, we saw life insurance carriers pivot to insurtech to reduce the need for face-to-face visits and medical exams. Do you think that willingness to adopt new tech quickly will be a permanent trait going forward, or is it possible to be too innovative?

Life insurers tend to be risk-averse by nature. And there are good reasons for that; when you pay out a claim, it can be substantial, right? You need to measure those risks very carefully over the long term, because those claims can add up in aggregate

At the same time, one of the biggest risks for any company is falling back on familiarity and refusing to change. You have to find a happy medium. You can’t just be flippant and wildly innovate all the time. Life insurers need to take measured risks, and they’re very good at doing that.

What do you see as the next big opportunity to disrupt the insurance industry?

I think that some of the simplified-issue, instant-issue, direct-to-consumer policies that the industry has been experimenting with in recent years is the future of life insurance. That's ultimately where it's going to land. Again, it's slow-moving by nature. It’s a tough industry because of the risks you're taking on. However, you're selling to consumers, and that's the way consumers want to buy.

IntelliScript has a history of innovation, but as you grow—you’re now almost 300 people—what management attitudes must prevail to preserve that scrappy “startup” culture that keeps new ideas bubbling to the surface?

Once you have an established business—unlike a startup—you have something to protect. Ironically, being overly protective can be as harmful as recklessness. Blockbuster and Kodak both saw the future of their industries, but neither company seized those opportunities. They were too focused on preserving what they had.

I’ll bring this back to Rodney Mullen, who said, “The best skaters are the best fallers.” As an executive, bringing that fearless attitude into our business may be the single best thing I can do to help preserve our culture of innovation.

Milliman IntelliScript is the leading creator of risk-assessment insurtech for the U.S. life and health insurance sectors. Chris Martin is the a Principal and Managing Director at Milliman IntelliScript, where he oversees the company’s business development, sales, marketing, and clinical functions.