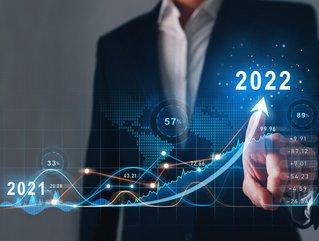 Funding for insurtech companies globally has hit a record high, a recent report by Forresters has revealed.

According to data released by Forrester Reasearch, digital insurers generated the most capital among insurtech companies, driving the industry to collect an impressive $19.8bn in capital during 2021.  The figure represents a 176% increase compared with the previous year, the Insurtech Funding Roundup, Q4 2021, by Forrester Research, stated. The year’s final quarter was the most lucrative in terms of investor interest and resulted in insurtech funding round sizes grow considerably, making the US sector, the most favourable market globally.

The study data shows that digital insurers took almost 55% of the funding among insurtech companies in 2021. Those most successful were focused on health and travel, generating the most investor interest for that category, for a total of $1.4bn in Q4 2021. This sector, which included $1.2bn for Devoted Health, came second among categories of insurtech funding, just behind infrastructure and back-end companies with $1.5bn in raised capital.

The evidence presented in the report, stated Forrester Research, suggests that digital insurers will continue to generate  insurtech funding because their streamlined processes and swift product delivery makes it simpler for customers to buy and use insurance.

2021 an overall win for insurtech investors

The study proves the insurtech market in general is in a healthy and exponential growth stage. Early-stage startups collected $4.3bn in funding in Q4 2021 and were the third-strongest quarter of the year. Evidence suggests early-stage startups are a critical element of the market because they disrupt the marketplace and present innovations that can be adopted on a widespread scale. Evidence suggests this is a trend that will endure throughout the next decade as insurtech gains ground on the wider insurance industry. Experts also believe investors will continue to be attracted to early-stage startups because the companies help drive operational efficiency, create new products and win new customers.

The results of the Forrester Research study show that in Q4 2021, 50 insurtech startups were given funding, with nine involved in megarounds of $100mn or more. The median amount of funding per company was $26mn, a considerable rise from $10mn in Q1 2021. North American startups raised 75% of all funding.

Data also revealed that life insurers are prioritising the digital experience, possibly because life insurance products in the US are notoriously expensive and are aimed at a wealthy demographic - which means much of the wider population remains untapped. P&C is another sector where insurers are investing in technology to streamline business processes, while reinsurers are working on digital platforms to diversify business.