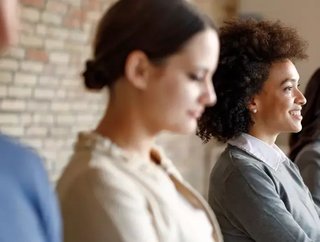 Prior to this, he served in several senior positions over a 27-year tenure with Willis Group. He was CEO of Willis Re from 2004, and then became President of Willis Group in 2008 with responsibility for all the global and international businesses outside North America.

Speaking about the move, he said; “Together, we are creating the next generation distribution model, predicated on the best of human skills and capabilities, combined with the application of technology and AI.

“I am excited to continue to play a key role in the further expansion of such an exciting and unique business. Together, we are creating the next generation distribution model” Kuhn is a veteren of the insurance industry. He worked at Vantage Risk, where he served as Chief Executive Officer (CEO) of insurance, having previously worked at Sompo International and Endurance.

During his career in the industry, Kuhn has built and scaled insurance operations on multiple occasions, and has been responsible for US and global insurance portfolios of more than US$6bn in premiums across various executive leadership roles. Tim Plant has 30 years’ experience in the general insurance industry, and joins IAG following a three-year-sting at Zurich, where he served as CEO of General Insurance Australia and New Zealand. His new position, which he will take up by the end of the year, is a new role that will make the most of his considerable depth of underwriting and insurance experience, as well as a deep understanding of customer needs.

Before Zurich, Plant was group Executive Insurance for icare and managed the largest public sector self-insurer in Australia. With a 25-year-long history as a leader in the insurance industry, Stern is joining the An astute, analytical senior executive, Amy Stern brings robust reinsurance experience and in-depth knowledge gained from 25+ years of industry experience. Her previous roles include executive VP at Berkley Re America and VP, New Solutions at Willis Re. An experienced product and proposition manager, Jemma Ashley joined Wrisk recently following almost 11 years with Aviva - which included a four-year career break so she could spend time with her family. She describes herself as capable, tenacious, organised and enthusiastic about customer-centric product solutions. Safi Mebarki recently joined Miller from Wakam. In his previous role he worked as an international business developer, creating, delegated and underwriting partnerships across Europe for non-Life solutions. Prior to joining Wakam, Safi worked at Willis as a Reinsurance Actuary. He modelled  companies’ books of business and advised on reinsurance strategies. He also spent time as a Divisional Director for French speaking cedants, brokering reinsurance treaties in the Lloyd’s and international markets.