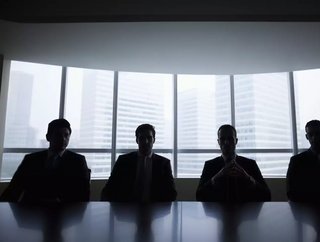 The swift rollout of new compliance laws provides too little time for insurtechs to adjust to the new regulations, say experts

Chinese regulators have announced the rollout of a new ‘internet insurance rectification’ plan which experts say will stifle insurtechs because it doesn’t give companies enough time to adjust to the strict compliance requirements.

The totalitarian communist state, which issued a similar recent crackdown on technology companies (which also indirectly impacted the insurtech market) is dealing a seeming double blow to the industry with the latest directives.

The insurance rectification plan issued by the China Banking and Insurance Regulatory Commission (CBIRC), industry commentators say, seeks to force insurtechs into regulatory compliance but gives an insufficient timeframe in which to carry out the changes.

According to reports, the CBIRC announced its plans to launch a ‘special rectification of internet chaos,’ and that this would require technology companies to put a stop to market harming practices such as “improper marketing and pricing practices” and increasing user privacy protection.

The ‘Notice on Carrying out Special Rectification of Internet Insurance Disorders’ sets out extensive directives which identify violations and vulnerabilities in China’s insurance industry, and orders that changes must be carried out to rectify the situation by the end of October 2021. Investigations into vulnerabilities and changes required must also be completed by September 2021.

Insurance companies must set up a group dedicated setting out an action plan to address non-compliance issues August 15th. The directives also state that insurtechs must present inspection reports, disclose issues and ensure they are corrected.

Banking and regulatory bureaus will then conduct inspections to ensure the stated changes have been carried out.

China’s insurtech industry is booming, with data showing that in 2020, 146 companies were involved in online insurance sales. These consisted of 74 P&C providers and 72 life insurance companies.

But although insurance investors are reeling from this latest blow to the market, the new regulations will reset the industry - correcting major flaws in compliance that in the long term, will almost certainly strengthen the insurtech sector.

The timeframe will be problematic for many businesses, but unlike previous government crackdowns, insurtechs will not be curtailed from making profits, raising capital from investors.