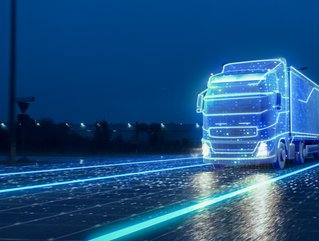 Cover Whale, the New York based commercial auto insurtech, has announced it has exceeded its US$100mn milestone in written premiums. The technology driven solutions provider offers services to agents and brokers that are significantly faster and more frictionless than current traditional insurers.

The insurtech was founded in 2019 and hit the headlines last year following its rapid scaling and partnership with Quantum Assurance International. During this time, reports show that Cover Whale has quietly transformed the world of commercial auto insurance by providing agents and brokers with its cutting edge offerings and swift customer services.

Shortly after its launch, the company also flipped the traditional insurtech playbook of fundraise first, service second, in order to meet pressing needs created by the pandemic.

Cover Whale's foundation of technology, data, and machine learning analytics has disrupted  the commercial auto segment, bringing a future-driven and continuous underwriting model to market. Currently, the company’s client base has increased by almost 400% over the past 12 months.

The strategy of scaling insurtechs

Cover Whale has not shied away from aggressive expansion plans. They announced a $15.5mn seed round in October 2021, the largest North American insurtech seed fund to-date.  As of April 2022 the company is also offering non-admitted products throughout much of the US and recently began to roll out its admitted product offering in Florida and Georgia, with North Carolina, South Carolina, and Nevada in the coming weeks.

Cover Whale’s strategy is, say executives, based on a two-pronged approach. First, the insurtech provides agents and brokers service with services that are inline with the latest insurtech innovations in terms of speed and flexibility. The company also mentors policyholders on safe driving practices, leading to a lowered risk scenario.

Speaking about the insurtech's latest milestone, Kevin Abramson, President of Cover Whale, explained, "To our knowledge, we are the fastest growing insurtech to $100mn in under two years. Maybe even more impressive is the idea that we are delivering market-leading loss ratios to our carrier partners. InsurTech 2.0 is about delivering hyper-growth, but not at the expense of profitability.”

He continued, “And we encourage all our policyholders to be better drivers by coaching them on simple ways to improve their road behaviour and making the roads safer.” This coaching is based on real-time telematics and driver behaviours.”

Cover Whale CEO Dan Abrahamsen said that while other insurtechs wait until seed funding to provide services, their strategy had been to build the software and begin providing products and services as the marketplace demanded it; when truck drivers were pandemic first responders.

“In March and April 2020 the world was figuring out how to work and shop from home, creating an immediate demand for many more trucks on the road.”

He added, “While traditional insurance providers were still requiring agents and brokers to wait for days, or even weeks, for a quote—or declination—Cover Whale was able to get drivers’ policies bound in a fraction of that time.”