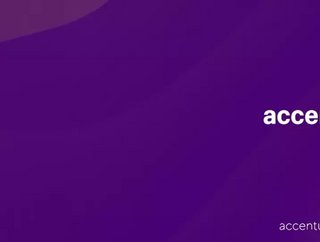 Nils Müller-Sheffer is a managing director for Accenture. He tells us why the German software engineering firm is at the heart of change for customer needs

As digital services explode globally, customers are demanding more streamlined and flexible services from providers. Accenture, one of the world’s leading software engineering companies, is on a mission to respond to client needs and adapt and transform to market requirements.

The company, which is based in Germany, but also has a robust operational presence in Austria and Switzerland, has a reputation for stand-out innovations.

Müller-Sheffer says, “Our mission is to help our clients change their business and adapt to their customers' need. These days that always comes down to a digital transformation story, oftentimes also involving cloud-based technologies.”

Müller-Sheffer points out that as society consumes more services digitally, and mobile adoption increases, companies are increasingly turning to partnerships to help them expand on their digital offerings. He says, “We're positioned very uniquely covering from strategy consulting and technology implementation work, down to operations of solutions, later on. We're covering the whole value spectrum. And I think that's differentiating for Accenture in the marketplace.”

The past two years have been transformative for businesses globally. Today, says Müller-Sheffer, one of the greatest challenges, is to find talented people for an industry that is growing and demanding skills globally. He says that other businesses in the market are competing for the same talent.

“One big challenge is finding the right talent to come work for Accenture, to help on our engineering projects. Accenture is often seen as the consultancy, as though only people with suits go and work there, but there is a whole different side to Accenture.

“We have a very sizable engineering practice in Germany. So, I'm responsible for a team of roughly 1500 people that work across the whole value chain of software engineering. And we are looking for dedicated, full-stack developers, cloud, native developers, DevOps engineers, front-end engineers.”

As well as being a world leading software engineer consultancy, Accenture is partnered with the Italian headquartered insurance giant, Generali. Formed four years ago, it is a longstanding collaboration that has been instrumental in Generali move towards digital transformation.

Accenture has created cloud-native solutions for Generali Vitality, which means each and every technology service that they use is based on top of a cloud, which in this case, is AWS.

“We've taken an approach where we go what's called cloud-native,” says Müller-Sheffer. “We target to reuse as many of the cloud platform services as we can to Lego puzzle piece the solution, and then only put on top custom code pieces that are actually business logic, and that are actually very, very individual to the Generali Vitality solution.”

The solution has enabled Accenture to build a super-fast-paced delivery and the first MVP in six to eight months. The system also significantly reduces the operations overhead later on.

Müller-Sheffer says, “The challenge is often not only to write an application initially, but also to then operate it later on. And traditionally you needed sizable operations teams to take care of the solution once in production.”

He adds, “But with cloud, you get a lot of that essentially for free or at least baked into the overall cloud offering. And that's a very, very big differentiator for Generali Vitality and for cloud in general.”