A basic search for the latest insurtech trends in 2021 reveals some interesting truths.

Insurance is shifting from a one-policy-fits-all platform into a highly bespoke industry, one in which data will determine how much customers pay for their premiums – and how much mitigation payout they receive.

As IoT continues to proliferate, so too does its potential to collect valuable data for the insurance industry. To make use of this data, AI and machine learning aggregate and produce insights. These highly accurate reports and predictions determine whether a product is helpful and profitable. With the IoT comes a much greater degree of transparency between customer and service provider.

Dan Lyon, a senior principal security consultant for the US-based Synopsys Software Integrity Group, explains, “The concept of IoT has been around in insurance for a while. One of the first examples is with car insurance where customers could attach a device to their car’s diagnostics port, and that device would report back to the insurance industry. This type of data collection enables the insurance organisation to have greater visibility and objective evidence of customer driving patterns,” he says.

Lyon believes that such transparency is the future of insurtech companies and that technology is only just playing catchup with the idea to make it a reality. The introduction of 5G, which will see the transfer of data happen 100 times faster than with 4G, will be the key to its success.

“Historically, the missing link for this business model has been the communications and data collection from devices. Once these end-user devices could be guaranteed to have network connections back to the companies (through cellular data or Wi-Fi, for instance), the companies could start to collect and analyse customer data.”

These systems track a driver’s observance to safe driving rules and use the mileage a car is driven to work out premiums. Very often this results in better savings for drivers.

Paul Fermor, UK Solutions Director at Software AG, says, “An increasingly important trend for the next decade is one of personalised products and specifically how these products can be dynamically changed based upon what is happening to the insured risk, ideally without intervention from the insured party.”

He adds, “IoT is a foundational capability to support product personalisation.”

Similarly, health insurance companies have been transformed through technological advances in wearable devices. Rather than working out policies based on crisis-driven scenarios, they are now able to offer customers incentives to improve their health.

For example, the New-York-based health service provider K Health recently announced a new scheme for users utilising AI and ML to lower costs for its customers.

Equally, Canadian health insurance provider Foresters Financial recently teamed up with the Swiss insurtech dacadoo, to create a wellness arm. The initiative provides benefits and discounted premiums for users based on information received from their wellbeing personal fitness apps and devices.

Not only do these devices encourage better habits, but they also lower costs, points out Lyon. “Because insurance companies have better data, they are able to make better, data-driven decisions that are used to lower the company’s financial risk and presumably increase profits,” he says.

According to recent studies, the uptake of such technologies among consumers is also high. A 2021 report by Mulesoft noted that almost half 44% of those surveyed were happy for insurers to use third-party data from wearables and other smart devices as well as third parties like Facebook if it resulted in lower premiums. The willingness to adopt such practices increases with youth. In younger, digital-native consumers aged 18-34 years, this rose to almost two-thirds (62%).

“This is just another means of data collection technology,” Lyon says of 5G. “It doesn’t change what companies have been doing since connecting to the internet. 5G just makes it faster and easier to collect more and more data. The secret sauce will be the data aggregation and analysis.”

Though the potential of IoT combined with AI and ML produces infinite possibilities, providers have not adopted as expected. Chris Gill, director of risk management and Insurance Partnerships at Over-C, says, “The truth is, businesses are progressing faster than the insurers when it comes to IoT adoption. Part of this is to do with the early tech itself, but the hardware and software is now much more advanced and adapted to such a wide range of applications from monitoring crowd flow for pandemic compliance, CO2 air quality to affordable battery-less sensors that anyone can install and connect.”

He explains, “With the many industries such as the retail sector under serious pressure, the focus on cost has never been so acute. Reducing risk wasn’t historically seen as an area of reduction as the true costs are not always fully visible or understood, but the return of investment is clear. Uptake is beginning to accelerate as firms can be more confident in the benefits of IoT.”

One area that has embraced IoT benefits, is the property market, says Gill. “If I had to name a sector that has led the others on IoT uptake, I’d have to say property insurance. At a project level, there’s good integration of IoT, driven by the fact that many commercial properties now come with at least a partial degree of smart technology built-in.”

He continues, “That being said, as with all other sectors the tech isn’t being adopted across all portfolios, but just in pockets. The benefits here are a reduced claims frequency and managed down severity through dynamic risk management.”

While data is used to procure more satisfactory outcomes, the use of personal data and who it belongs to will always be a hot potato. Lyon points specifically to domestic situations where smart devices track eating habits, exercise time and health indicators to create personalised premiums. He believes consumers must be ever vigilant in checking the fine print.

“None of these data sets would typically be protected by legal measures, so consumers are dependent on the terms of use within legal agreements that are signed. Unfortunately, most individuals don’t even read these agreements they enter into,” he says, adding, “This should give all of us pause when thinking about how much data is out there, who owns the data, how the data is controlled, and who is benefiting from it.”

Fermor adds, “Insurance companies have many challenges to address, some of which they are better placed to solve than others. While some may wish to adopt and develop their own IoT capability, it's foreseeable that many won't. Many companies struggle with their current IT infrastructures, so the thought of adding 250k new endpoints into that infrastructure is perhaps too much complexity to adopt.”

Insurance IoT can be used to form profiles on customers, says Dan Lyon 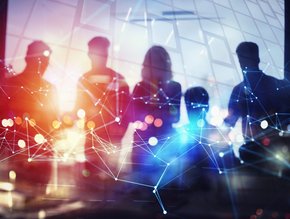