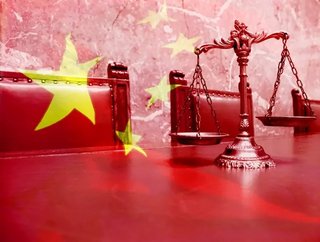 An established industry veteran, Ming was the primary creator of the company’s ‘Xianghubao’ mutual aid insurance programme, which generated 52 billion yuan in premium income between June 2019 and June 2020.

For much of 2020, Ant Group’s surging dominance of the Chinese insurance market seemed indomitable: it was the country’s largest online insurer and held a 13% market share. Its modus operandi is to create affordable and flexible solutions for historically underserved markets, thus demonstrating insurtech’s powerful utility in modern finance.

The summit of its achievements so far was set to be encapsulated in a US$34bn IPO announced in late October 2020. This would have broken records as the largest in history, however it was suspended in the first week of November.

Difficulties in the regulatory environment

The fast-paced evolution of modern fintech makes a thorough grasp of regulatory compliance imperative. This fact was made abundantly clear when the Shanghai stock exchange issued a statement explaining the reasons for Ant Group’s IPO suspension:

“Your company has also reported significant issues such as the changes in financial technology regulatory environment. These issues may result in your company not meeting the conditions for listing or meeting the information disclosure requirements.”

It appears that the Chinese government’s efforts to quell Big Tech monopolies (particularly with regard to Ant Group and Tencent) are in full force. New rules published last week indicated that any company with more than a 10% market share would be considered subject for review.

Despite losing a significant figure in the company’s insurance operations, Ant Group only offered limited details regarding Ming’s departure:

“[Yin] has been a great colleague of ours for the past five years. We strived hard and overcame challenges together, and we appreciate his contributions to the company. We wish him the best of luck in the future.”

Scheduled to be replaced by Shao Wenlan, VP, the future of Ant Group remains uncertain. As the story continues to develop, it is already apparent that the company is becoming a significant case study in the evolution of fintech’s regulation.