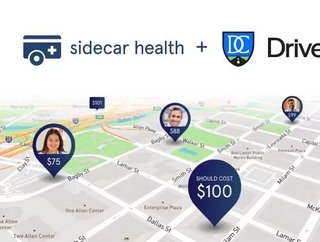 Sidecar Health has become the latest insurtech to reach a $1bn valuation, which it attained following a successful $125m Series C funding round...

Sidecar Health has become the latest insurtech to reach a $1bn valuation, which it attained following a successful $125m Series C funding round.

The startup’s platform allows customers to define how much health coverage they need, including deductibles and prescriptions, and then visit any licensed healthcare provider they desire for treatment.

Members receive a dedicated payment card from Sidecar; when a transaction is processed, 20% (‘estimated expense’) is charged to the user’s designated payment method and the remaining 80% (‘estimated benefit’) is advanced to the plan.

Once the card is used an itemised expenses bill will be generated. Customers then submit a photo of the bill to Sidecar, which will determine the user’s eligibility and inform them if they paid too much or too little. The user will be credited in the first instant and debited in the latter.

The company’s Series C round was led by Drive Capital and featured new investment from BOND, Tiger Global and Menlo Ventures, as well as returning backers Cathay Innovation and GreatPoint Ventures.

Enthusiasm and hype for Sidecar’s innovative approach is already significant: membership increased sharply over 2020, the service has a 4.5/5 score on Trustpilot, and Noah Knauf, General Partner at BOND, called it “the biggest idea I have seen in almost two decades of investing in healthcare.”

Sidecar’s overall philosophy, explains Patrick Quigley, Co-Founder and CEO, is based on the principle that consumers can be capable healthcare purchasers. By adding an unprecedented level of transparency (for a US system), wherein customers can shop for the best deal like other comparison websites, a new era of healthcare could be on the horizon.

"The plans we designed give Sidecar Health members two things: the money they need to purchase care and the information to make decisions that are right for them.

"By doing so, we are turning patients into purchasers of healthcare. This latest funding accelerates us on our mission to make healthcare more affordable and accessible for all Americans," he said.

Using its newly secured funds, the company plans to expand its geographic footprint, its team and develop a new line of products for the uninsured market. According to Sidecar’s official press release this could include an “ACA or ‘Obamacare’” package in 2022.