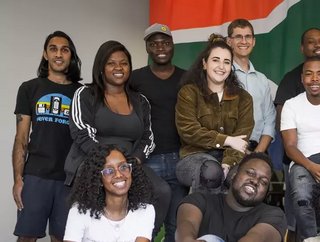 Pineapple has secured US$5.3mn in Series A funding from investors, which will be used for business expansion and overseas partnerships

Pineapple, a car insurance insurtech startup based in Johannesburg, South Africa, has received US$5.3mn in a Series A funding round secured from investors. The company says it aims to use the funds for business expansion and to grow overseas partnerships, such as its collaboration with Travelers Insurance in the United States.

Ndabenhle Ngulube, the company’s Co-Founder, says the success of the funding is due to the app’s growth throughout 2021. “We did not expect to grow by 200% in the first 6 months of this year, but it goes to show that customer insurance purchase behaviour is starting to shift online and that customers are becoming more astute as to the online ratings of insurance providers and not settling for second best,” he said.

Several investors participated in the round, including Vunani Capital, Lireas Holdings, and E4E. Bakang Komanyane, Principal of E4E, said the reason for making the investment was due to the app’s “upcoming features”, which include a “community-orientated” feature expected to be released next month. Other benefits of the app include rewards and discounts based on users’ driving habits.

Pineapple Co-Founder, Marnus van Heerden, said: “Pineapple is on a journey to improve the trust between insurer and insured, by providing superior customer experience backed by cutting edge technology and an innovative model.”

After its launch, Pineapple received the award for MTN Consumer App of the Year, and was also the first insurtech confirmed to be in Google’s Launchpad Accelerator Programme.

What is Pineapple Insurance?

Pineapple Insurance is a South African insurance company based in Johannesburg that specialises in the car insurance industry. Underwritten by Old Mutual Insure, the company was founded in 2018 by Ndabenhle Ngulube and Marnus van Heerden as a leader in a new generation of insurance providers.

Customers can access the company either on its website or through the mobile app. Pineapple claims it insures almost every type of vehicle from 4x4s to everything in between. The company has had over 50,000 members as of 2020 - a number that has grown since its 2018 launch.